LMAA Membership Form  or purchase at the 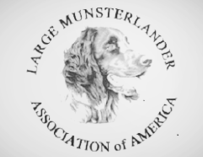 The LM is a black-and-white dog with hair of medium length.  In its German homeland and some other countries, this dog has been bred for over a century for hunting and not the show ring.  Hence coat color is highly variable, ranging from predominantly white to predominantly black. Markings occur as solid black and white patches, or ticked or roan regions.  The head remains primarily black.

The Large Munsterlander is characteristically calm, gentle and intelligent, and is therefore valued as a family dog as well as a hunting companion.  The versatile and cooperative nature of the LM provides for a reliable foundation for all facets of hunting.  It is well suited for a variety of game, including the tracking of big game.  LMs are adept at adjusting their search pattern relative to the cover conditions at hand, performing well outside of gun range in open country and reducing their range in dense cover.  Under all circumstances, they remain responsive to the handler and not independent.

LMs excel as bird finders before and after the shot due to their excellent noses, and a purposeful searching style emphasizing thoughtful coverage rather than speed.  Many LMs point with intensity from early puppyhood, and many also honor naturally.  Given their passion for retrieving, steadiness needs to be encouraged through training.

Large Munsterlanders are strong in the water, their long thick coat affords protection from the cold and allows them to search dense cover thoroughly.  Even so, their coat is a compromise well-suited for temperate climates.  Shorthaired breeds may be better suited for upland hunting in the hot South, while the oily and dense coats of retrieving specialists make them better suited for prolonged water work late-season in the far North. 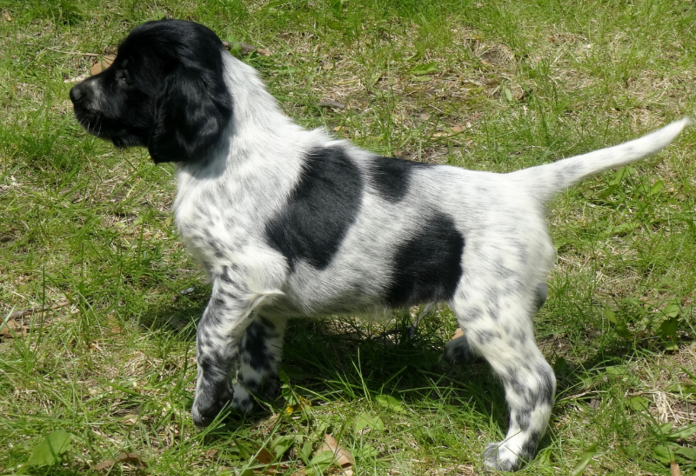